Are you currently using Windows 7? Did you know that after January 14, 2020, Microsoft will no longer provide security updates or support for PCs or desktops running Windows 7?

What is End of Life?

End of life is the phrase that Microsoft uses to identify the period when the company will no longer support an operating system or application. This means that on January 14th, 2020, Microsoft will move on from Windows 7 never updating or patching security issues again. This usually means that bots, worms and hackers will try to infiltrate and do as much damage as they can. Windows 7 will be vulnerable in a short period of time.

How many people are still using Windows 7?

You might be surprised to learn that Windows 10 only recently became the most popular Window version in the world at the end of the fourth quarter of 2018, taking the crown from Windows 7. At that time, Windows 10 captured 39% of market share, compared to 37% for Windows 7, according to Net Applications. To put that into perspective, there are more than 1 billion Windows users around the world. We anticipate hundreds of millions of people are going to be affected by this change.

What does this mean for your business? 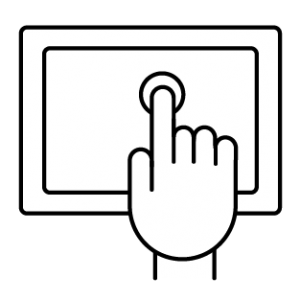 JENLOR works directly with businesses to inventory computer work stations in an effort to keep companies safe. Cyber security is something that should be taken seriously and without the proper knowledge and experience, you could be putting your business at risk.

There are two ways JENLOR can help you:

Contact us today to setup a free consultation to begin to make steps towards a secure computer work station beyond January 14, 2020.

The malware uses Microsoft Intermediate Language payload that is compiled to steal passwords from the victim’s system, browser and FTP software, according to an Oct. 4 Zscaler blog post.

“The delivery method for this malware is the VBScript, which downloads the payload from the compromised website, and then downloads a decoy document to lead the victim to believe that the downloaded files are legitimate,” researchers said in the post.

The decoy appears to be a “public service” message from the Pennsylvania Department of Public Welfare that includes spam mitigation instructions.

Researchers said the malware performs various password stealing activities such as checking for antivirus and looking into the directories and files from which it will steal information once executed.

“The most interesting function of this malware is that it also behaves like a file stealer, as it checks for interesting strings in the system with enumeration of various files and folders and uploads to the malware’s C&C once it grabs the sensitive information,” the post said.

Stay in the loop

Every month we deliver our employee insights straight to your inbox. Sign up below!